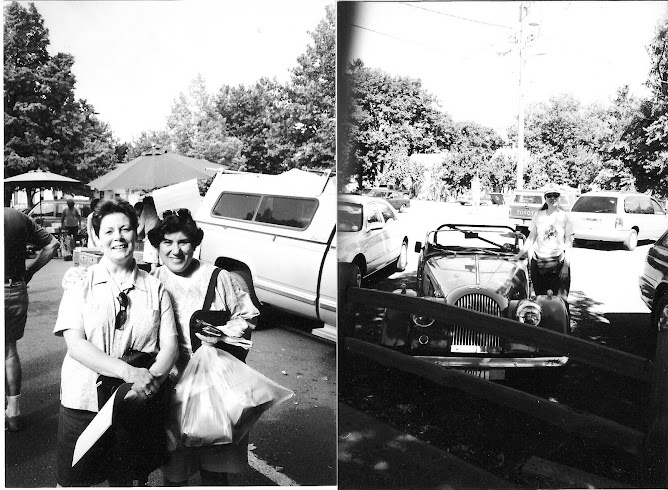 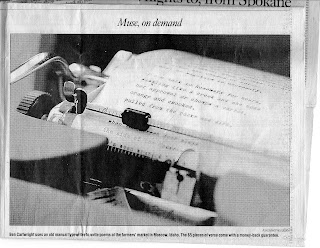 In 2001, after graduating from Washington State University, I started going to Farmer's Markets in Washington and Idaho and composing poems for people on the spot using an antique typewriter. I did this for several months before deciding to go to graduate school in the midwest. I also took black and white photographs of the people I composed poems for. Lots of strange things happened. One time, two women asked me to write a poem in fifteen minutes for their son and daughter who would be getting married that afternoon. After I read them the poem, they read it at the wedding reception at the art gallery across from the market and the couple liked it so much they came over and asked me to join them at the reception at the gallery. People asked me to write about very serious things. I didn't expect this, but it made me want to continue with the project. After awhile, people would come into the restaurant where I worked as a waiter and commission poems from me there. I wrote a poem for a woman who was the head of the Foreign Language Department at Washington State University (I didn't know this when I wrote the poem). After she read her poem, she asked me to compose a poem for the re-dedication of a building on the university campus, so I did so, and then found myself dedicating a building in front of a bunch of faculty at a university. This felt a little odd at the time, since I got into frequent arguments with some university professors at the market about whether or not what I was doing was "right" for a serious poet. One of my poems was auctioned off to benefit a bicycle trail in the town I lived in. I always intended to publish a book of the poems, but failed to get permission from the people I composed them for at the time, because I wasn't thinking ahead. Currently I'm planning on repeating the project in the town where I live. I'll post some of the photographs of the people I composed poems for, along with one of the really embarrassing interviews I gave for a newspaper at the time.

Posted by Unknown at 4:59 PM No comments: 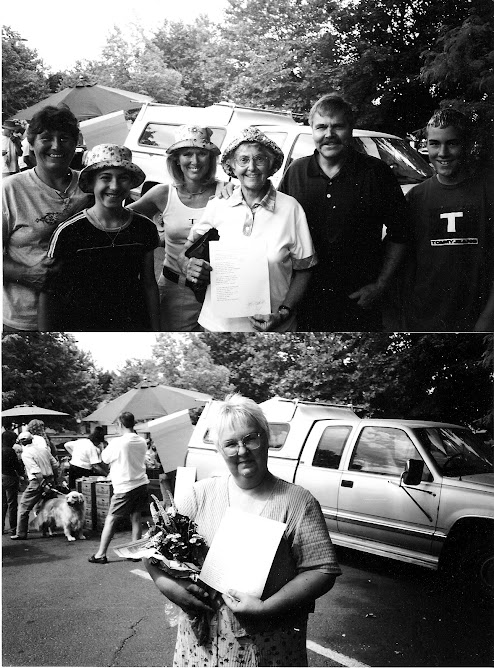 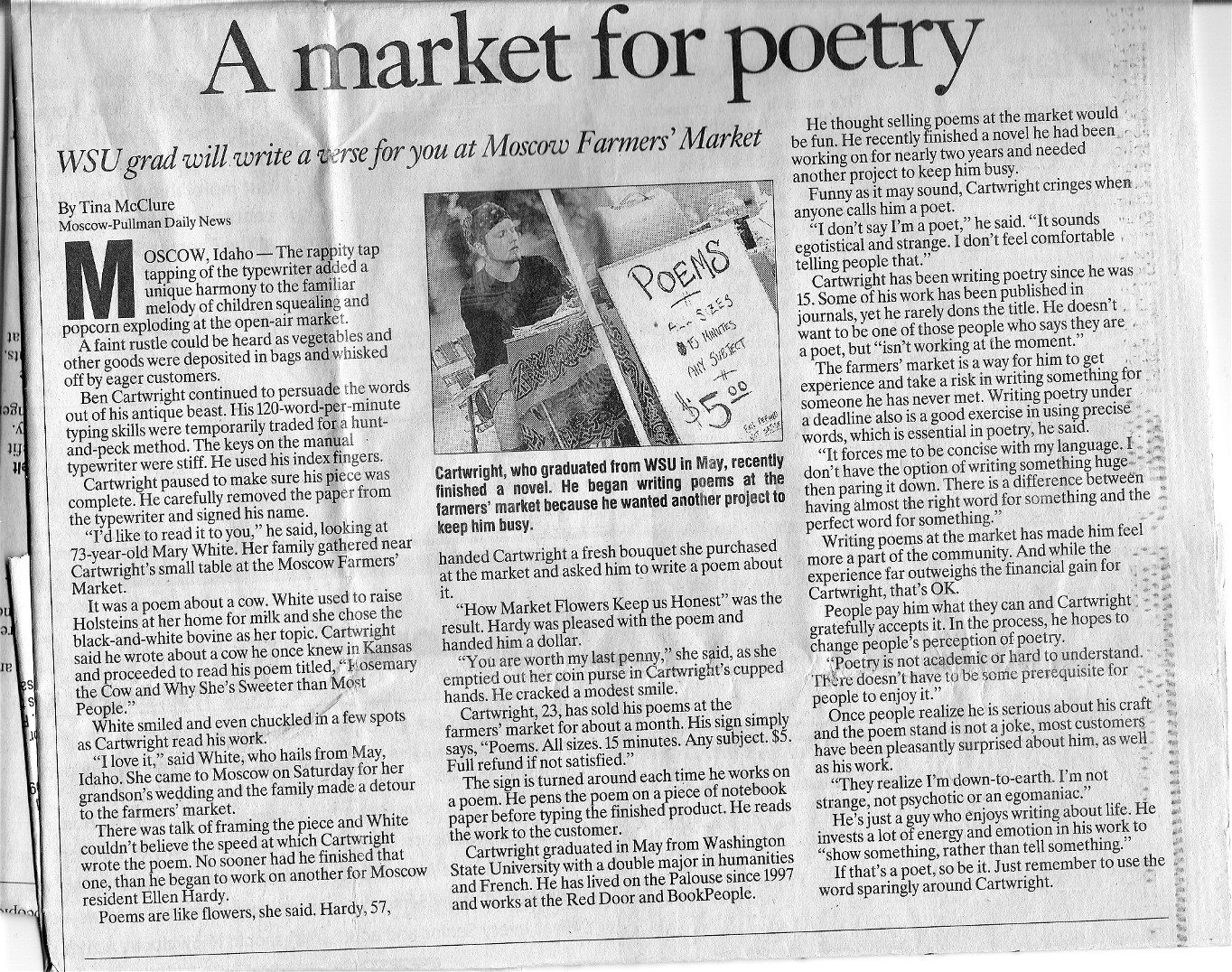